I’ve stripped out the interior of Tammy Norie in order to remove all the rotting headlining.  I’ll write a proper post about the redecoration later, but here’s a preview of the mess! 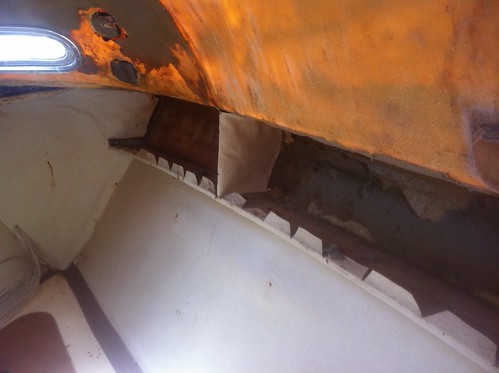 I was painting during some heavy rain and noticed a leak where the forward light wire comes in to the cabin from the starboard aft pulpit foot.  It’s a leak that would’ve been pretty well hidden by the headlining, forward shelving, etc. and so it’s a good thing I’d taken all that out.

So, time to re-seal the pulpit. Off it comes! 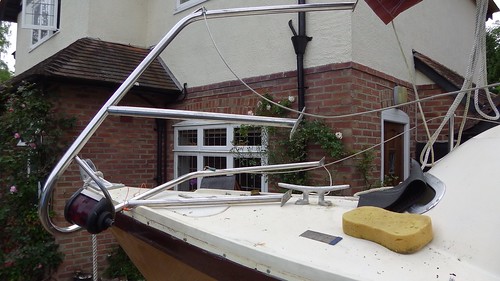 Way back here in my video “First tour of Tammy Norie” I said that I didn’t like the way the stainless-steel feet of the pulpit, pushpit, and stanchions were bolted straight onto the gelcoat of the deck, and there was evidence of cracking. I did a prototype fix of this to one leaky stanchion back in Wells using plywood. That’s not looking too great now, though it isn’t leaking. 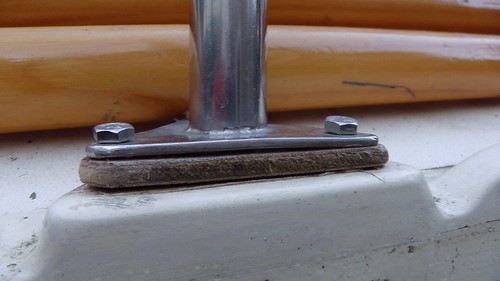 So I decided to try a different material suggested by Dad — lino!  He had a bit of offcut cushion flooring from our old kitchen. It’s waterproof, resilient, and slightly squishy. I cut pads for the pulpit feet. 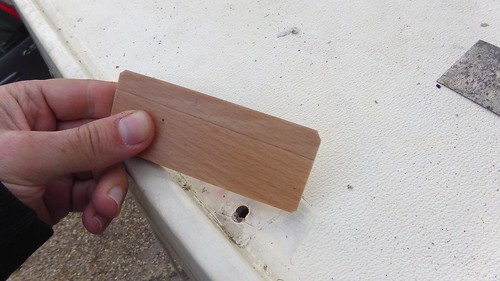 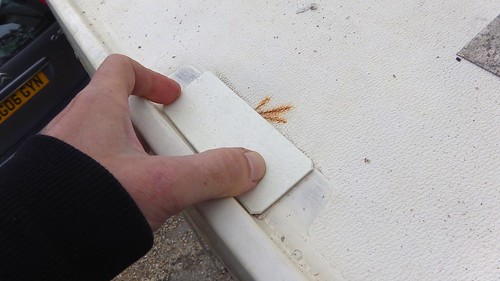 And then bolted the whole thing back in place with a bit of Sikaflex around the bolt holes and the wire from the forward light.  It looks very neat! 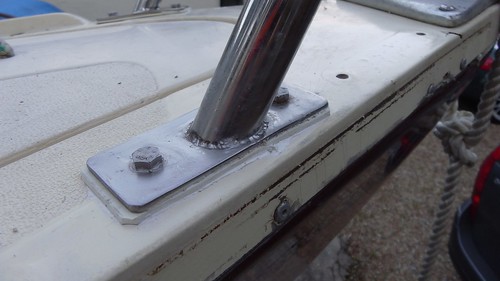 We’ll see how well it stands up to a season of seawater and sunlight.

When I bought Tammy Norie she had her name rather nicely hand-painted on the stern. 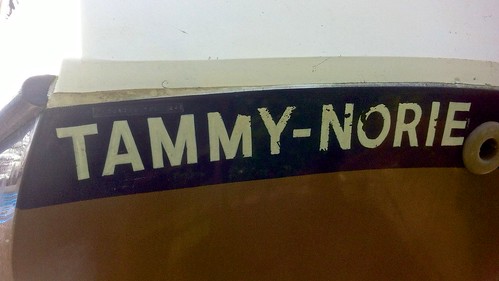 But the lettering was very worn so I cleaned it off.  Today I’ve finally applied new vinyl lettering. 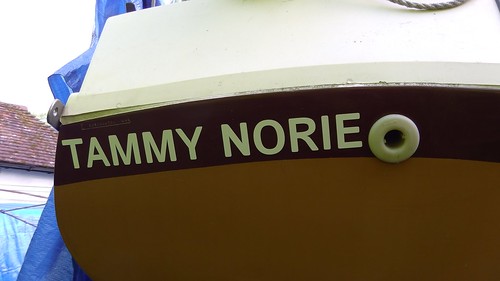 Thank you Wild Boat Names for a simple-to-use service!

Away from Wells at last with the morning tide, to King’s Lynn with the evening. Winds finally came round. 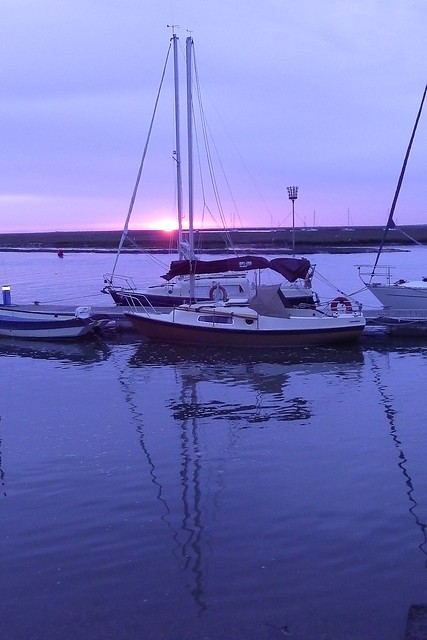