A couple of weeks ago I built a tent for Tammy so that I could dry her out and work on her during the winter. On Thursday 12th December the rain came and destroyed the tent, forming heavy pools in the roof that bent and broke the metal frame. This has set back my plans. Rather than working on installing insulating flotation foam, I’ve had to spend time cleaning and drying her out and building a new tent.

At first, I tried my original plan of building a curve-topped covered wagon using 40mm PVC pipe, but I could only find 2m and 3m lengths at my local B&Q and had no way of joining them that would create a continuous curve: the pipe joints available aren’t designed to take any strain.

After much head scratching I realised I could build a tent-like frame on board. 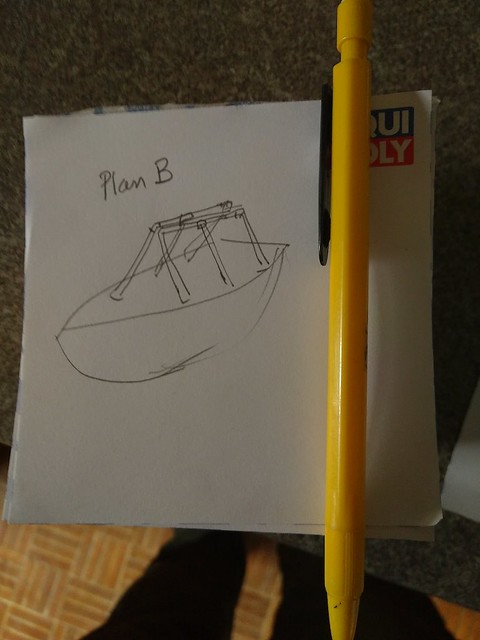 Each side consists of five 2m pipes. One T-juction joint in the middle supports a ridge, which is made of two sets of pipes. Because I’ve used only 90 degree angles, the soft and flexible pipes are well supported. Finally, the whole thing is stiffened up with triangulating lashings. 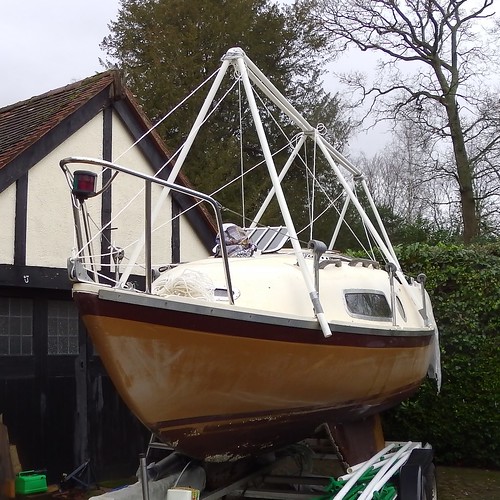 The key difference this time is that the top of the tent has a steeply pitched angle. This should make it impossible for water to pool in the tarpaulin and pull the tent down. 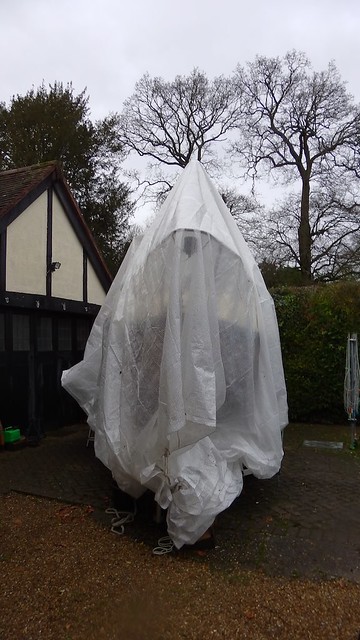 Here she is with the tarpaulin over the frame. 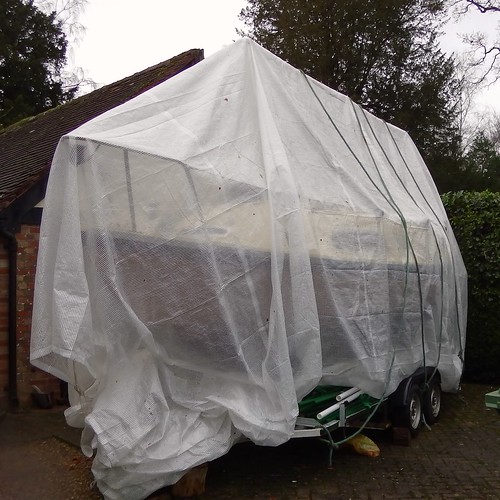 The tarp is mostly held down against wind by some heavy nylon ropes. The skirts are rolled up and tucked onto the trailer to allow some air flow and help with drying.

The frame is held together and to the boat with traditional duct tape. 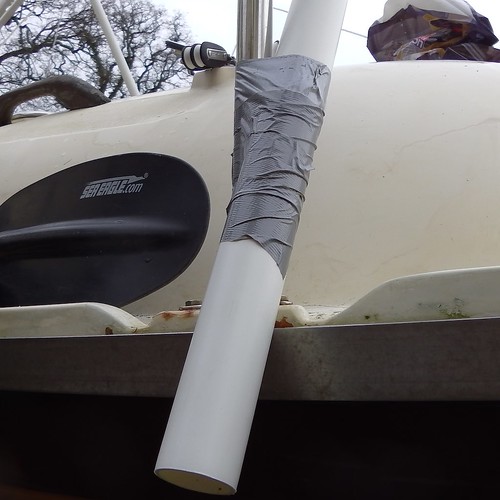 Heavy rain is forecast for the rest of the week, so this will get a thorough test!

Meanwhile, I did something seasonal!

There are plenty more pictures, with details in their descriptions, over at the Flickr album “Tammy Norie winter tent”.

…and ruined many things. 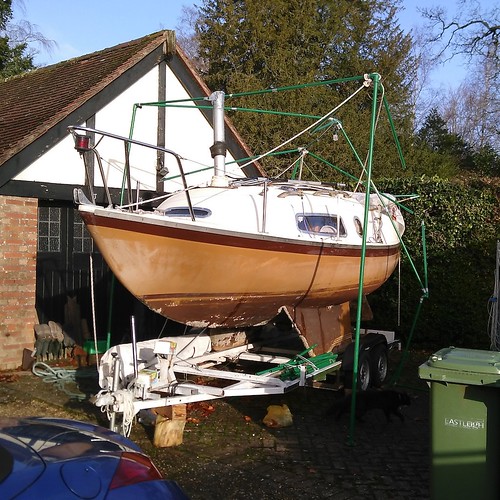 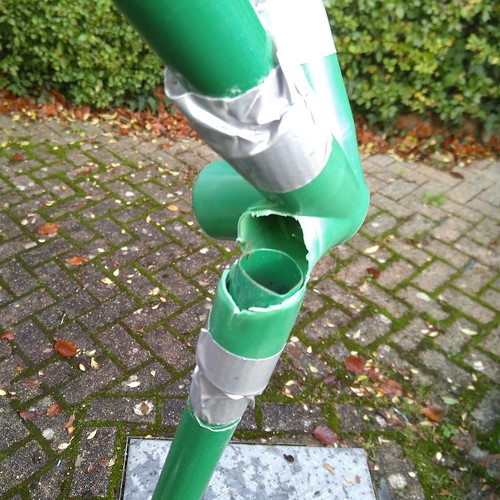 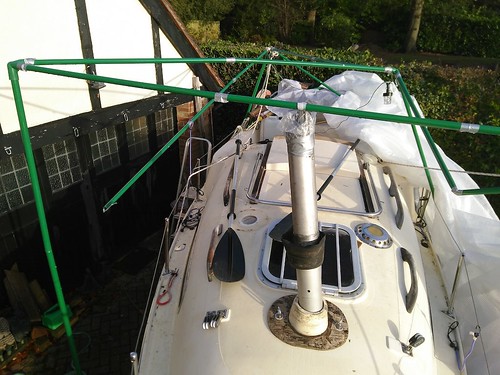 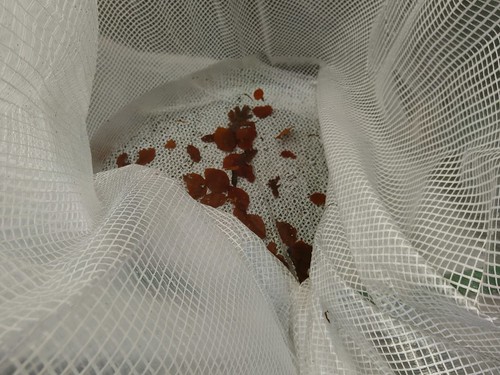 A tent for Tammy

I have big plans for this winter, and they all involve Tammy Norie being dry:

I’d also quite like to stay dry myself. So I’ve built a tent for Tammy.

My original idea was to build something like a covered wagon using the trailer, bending long hoops of something around the boat and then covering with a large tarpaulin. 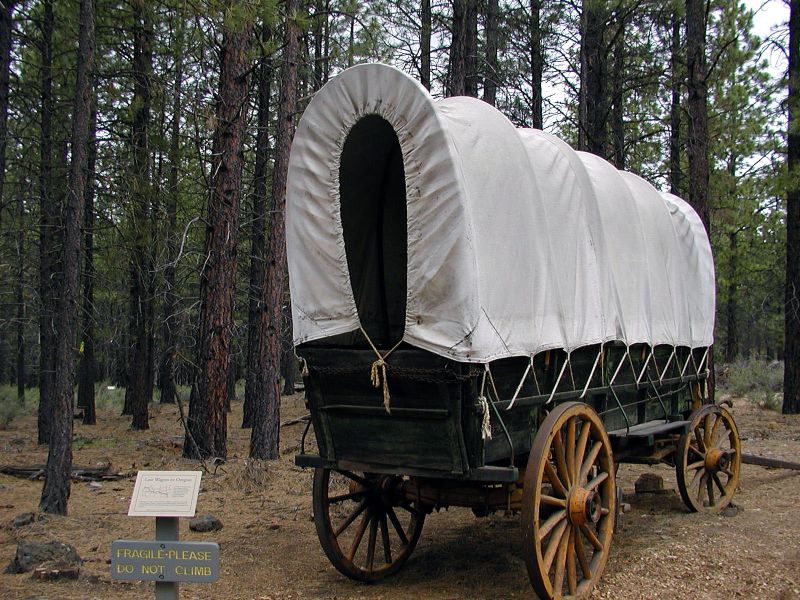 But it turns out Dad had a garden party gazebo in the shed. We pulled it out and had a look.  At first, things were not hopeful. The gazebo frame was only just above head height. 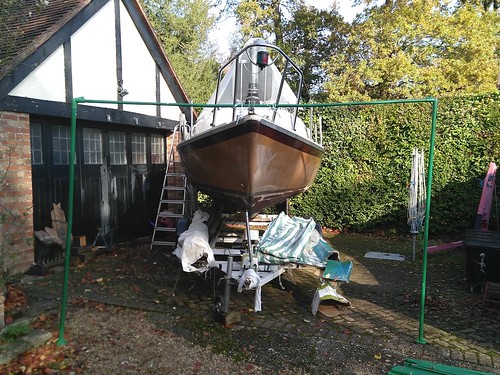 The next day I realized that I could use sections from the six gazebo legs to make longer legs raised the top of the frame above the boat. I used spare roof rods inside spare leg rods to keep things together.  Wobby, but tall enough. 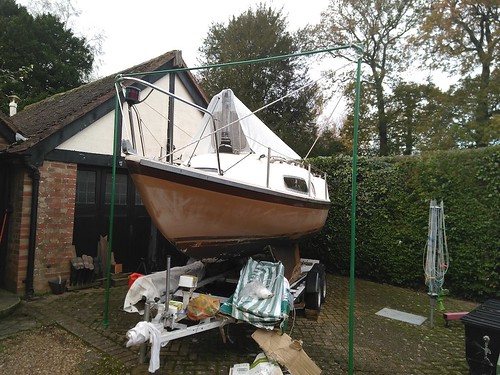 Dad and I assembled the roof frame and the other legs and managed to walk (literally) it over Tammy Norie.  Then I lashed it to Tammy using mooring ropes to keep it together and in place. 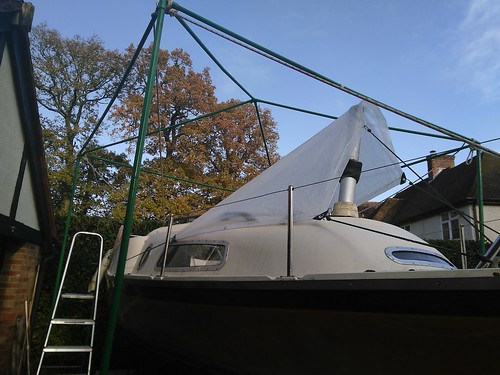 I huge 10m×10m tarpaulin from eBay was enough to cover everything, at a cost of £60. 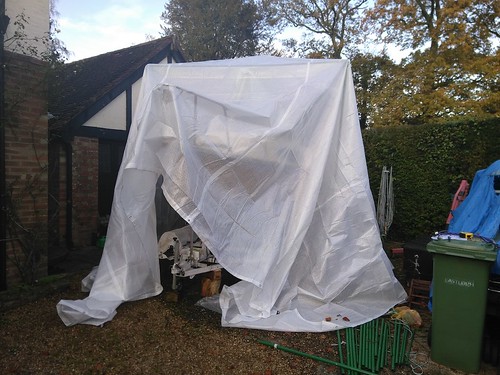 I tied up the ends of the tarpaulin with a sinnet knot, and used bungies to attach the edges to the trailer. 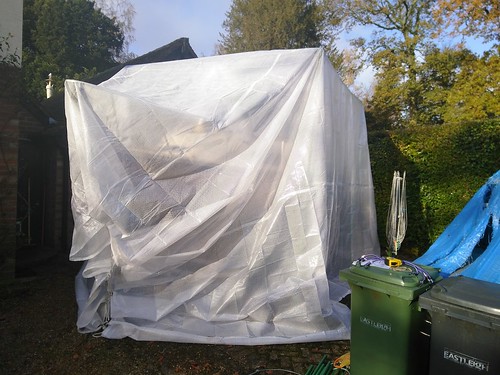 Here’s the view from inside looking forward. Very snug! 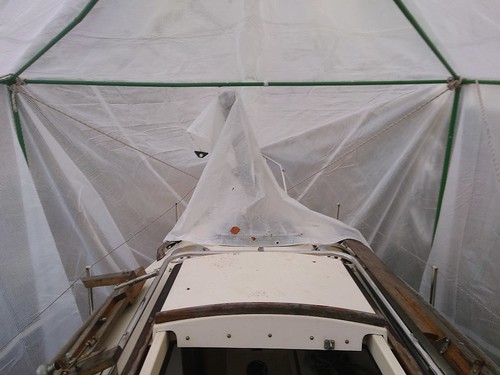 A little later I used some more of the gazebo poles to make more room above the cockpit. 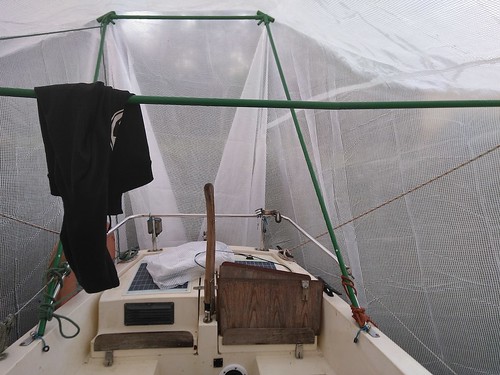 A week later heavy rain had pooled in the tarpaulin, threatening to tear its seems. After a few experiments, I found that the dinghy paddles were good at keeping enough of a slope in the roof to prevent this happening. 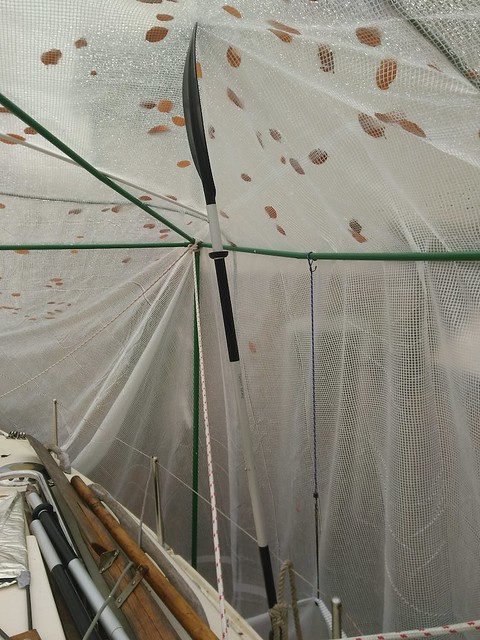 After a couple of weeks there was about a litre of water condensed on the inside of the ceiling, presumably evaporated from the boat. I sponged this away, and lifted the skirts around Tammy to encourage airflow. 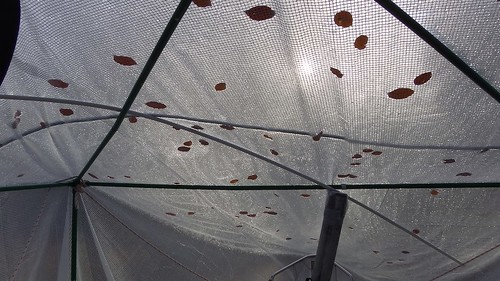 So far so good! Working in the boat is quite pleasant, even in the British winter. Water and cold wind is kept out, and the tarpaulin creates a diffuse light that makes things seem quite bright.  I was able to do jobs between about 08:00 and 15:00 in late November.  Not bad!

P.S. If I were making a covered-wagon style tent I’d probably use PVC pipe for the hoops.  Here’s an entertaining video about bending the stuff.

This is the sort of thing that comes to me when I’m half asleep on the train. 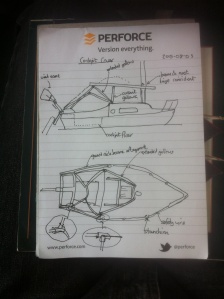 The idea is to extend the boom gallows so that they fold back over the cockpit to near the boom end, and support them with two more rails that otherwise fold down where the current safety wire is. That will form a four-sided pyramid supporting the boom, or fold lower to create a cockpit tent.