When I beached Tammy Norie at Sea Palling I had a chance to check her bottom. She’s been in the water for a couple of months without any new antifouling treatment except whatever was applied by the previous owners at least 25 years ago. In this video you can join me as I take a look.

Tammy Norie came without speed and depth instruments.  She must’ve had a depth sounder at some point because there was transducer in a pot of oil glassed into the hull in front of the mast step. 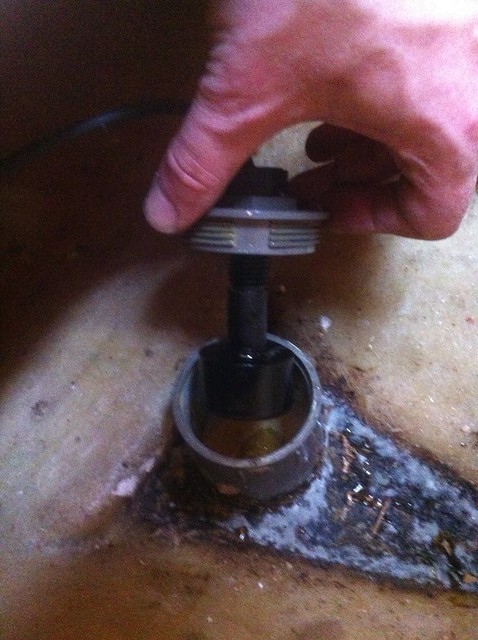 I took this along to Force 4 chandlery at Swanwick and they sold me a new combined speed and depth instrument, a Nasa Clipper Duet, which had a very similar looking transducer.  We tested this during the first weekend after launch and it worked just fine. Even better, it didn’t need a hole in the hull.

The speed transducer was a another matter.  I was very reluctant to make a new hole in the boat until I’d decided to keep her, so we left it off during that first weekend of sailing. Now that she’s back in my parents driveway I finally committed, after considering five different positions. I only hope I made the right decision. It’s in-line with the mast on the starboard side, not far from the depth transducer. 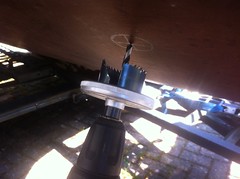 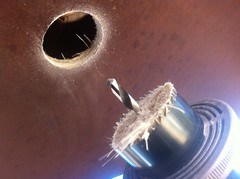 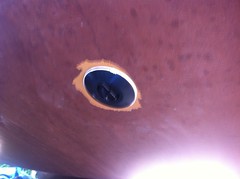 I used this video from WakeMakers as a guide to the procedure.  The tip with the magnet was particularly useful!

Of course, I had to make a second hole after much agonising about whether I might want a third instrument, knuckes on the grab handle, and what “level” means in a boat. 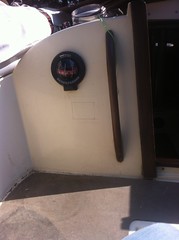 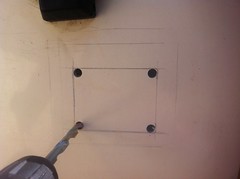 I don’t have a picture of the fitted instrument, but it works very nicely.  Surprisingly, the depth sounder also seems to have an accurate idea of where the concrete driveway is under the boat!

Edit: Here’s a picture taken weeks later while beating into a choppy sea off Felixstowe. 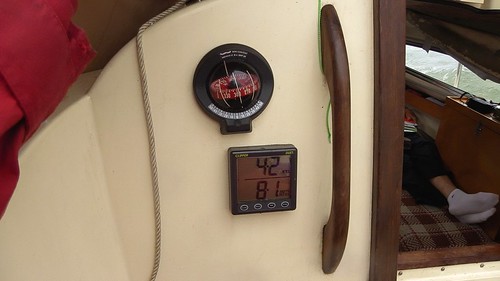 Filed under instruments, Repairs and Modifications